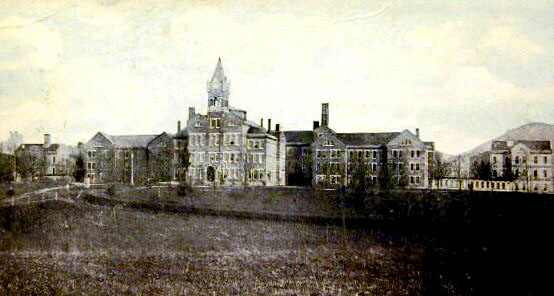 The landscape in Southwestern Virginia flourished in the 1880s. The thriving mining industry meant towns and cities developed faster across the state’s mountainous region than elsewhere. It also meant the numbers of the ill and ailing skyrocketed. It was clear the state needed a facility west of the New River line.

The plans for a new asylum to accommodate Southwest Virginia started in 1884. A site in Smyth County was chosen in August of 1884, which offered over 200 acres of land and plenty of natural resources to sustain the facility. The location was near the blossoming town of Marion, Virginia.

The Southwestern State Lunatic Asylum opened in May of 1887. Its first superintendent was Mr. Harvey Black. The patient population remained consistent at first, but soon it grew. Their numbers grew faster than the facility could properly manage. Outbuildings were added as needed. The hospital offered separate facilities for tuberculosis patients as well as the criminally insane. Due to its ideal location, the hospital was entirely self-sufficient for years. Occasionally, the hospital administration asked local residents for donated items, like reading materials or photographs, as was first done in 1887.

The facility carried on through the 1930s. As change came to the mental health field, it also came to the hospital. In accordance with these new considerations, the administration decided a more discreet name was necessary. In 1935, the hospital became the Southwestern State Hospital. The derogatory term “Lunatic” would never again be used as it had been with the original “Southwestern State Lunatic Asylum.”

Deinstitutionalization gained momentum in America during the 1960s. Patients of institutions and asylums often found themselves without stable environment, subjected to the woes and worries of the “real world.” Many became homeless because they were unable to function in society. Many others flooded prisons and jails because they had no access to consistent treatment or medication to curb their symptoms. Unfortunately, it’s cheaper to throw people in a jail or prison than to house them in a psychiatric hospital. Deinstitutionalization was a product, not only of atrocious abuses against mental patients, but also because it had simply became too expensive for the government to care for them.

By the end of the 1970s, the patient population plummeted at Southwestern State Hospital. In 1981, it was so low that the Department of Corrections stepped in to manage the patient treatment.

The historic facility was nearly condemned by the time its centennial anniversary came. Some walls were merely propped up with 2 x 4 frames. When investigators entered the facility, they found many elderly patients huddled beneath electric blankets for warmth. Sometimes two patients had to share blankets. The heating system was called a single “loop” system and the primitive heating equipment hadn’t been updated since 1923. Regardless of how much heat the furnace produced, it did no good. The system couldn’t regulate or distribute it through the hospital. Summers were also unbearable as there was no air conditioning.

By the 1980s, the hospital had around 400 patients and a total of 685 staff people. The controversy surrounding the heinous living conditions prompted the demolition of five out of the eight buildings. Reconstruction went underway and by 1988, a new facility was created. The name was again changed in 1988, this time to the Southwestern Virginia Mental Health Institute

The hospital’s cemetery is over 120 years old. It was moved during the 1960s to allow Interstate-81 through, but the process was heavily monitored. Today, the cemetery remains a beautiful spot to reflect and remember. A staggering 1,200 unknown people are buried in the cemetery in unmarked graves. Historically, it was said their families didn’t want them, or their families couldn’t afford a burial elsewhere. This should not be the end of the discussion, as there are likely a number of reasons many families chose this for their loved ones’ final resting place. Visitors are welcome, however must call and schedule their visit. This is to accommodate both patients and staff. 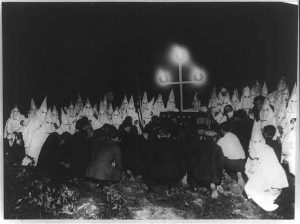 One of the worst episodes of deadly incompetence in southwest Virginia was enacted by a group of men who called...

A mysterious collision occurred in Gate City, Virginia, on January 27, 1940. The victims’ families were never given reason as...

Elva Zona Jane Heaster was born in Greenbrier County, West Virginia, around 1873. Records of her early life do not...

The police waited for Reverend Tipton to finish his sermon on November, in 1892. Attendees were stunned to learn the...

Murder was not the end of Marble Hall. Eventually even the Blackley family moved on and other families took shelter...

As with many uncommon houses, Marble Hall inevitably gained an uncommon history. A wealthy farmer named John Brown purchased the...

Buy either of these non-fiction books that contain much of the information you see here.

Buy either of these non-fiction books that contain much of the information you see here.