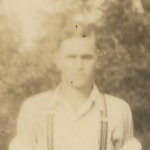 GENI.com:
Collaborative genealogy with strangers that have an agenda is a bad idea. Save your money and do your own research.

Initially I thought this site was great. They had ancestors going back farther than the middle ages, profiles that had BC dates and even DNA added to each person. This is great; what could go wrong? Everything.

Unfortunately, they only allow FTDNA to be uploaded, no 23andme or Ancestry. That should have been a red flag, but no problem, I could deal with it. I had no issues in the 3 years I had a page there. There was one curator who was very nice and helpful named EH. If I had a problem with a tree or if one of my profiles was in question, we could sort everything out.

Then about a week ago, I ran into dreaded curator, South African Sharon Doubell and her co-hort Dr Will “McDonald” Potts.
They had an source issue with my profile for Isak of the Orkneys. Based on the y-dna from his page and the research I had done on it. I projected that his father was likely a Balari from Sardinia that was taken back to Scotland by Viking explorers.

Dr Will was having none of this. In a private message, he threatened to sue me from Poland and that all Highland chiefs and Pharaohs were black Africans just like him. I didn’t even dispute his error in assigning a west African hg to the McDonald chief line(they are R-M420). I did protest after he sent several curators after me, those who share his agenda of re-writing and black-washing history.
The only curator that I had an issue with was Sharon Doubell. The others were kind and understanding. The simple solution was to remove Isak of Orkney’s father and it resolved itself. SD, didn’t stop there, she went over my entire family tree nitpicking and choosing who was worthy to stay and who was to be deleted. I sent a message to her to end this madness and it became worse. More curators arrived on the discussion until about 10 were against me.
I appealed to Mike Stangel GENI’s GM to no avail. He took the curator’s and Dr Will’s side.

I left the site, deleted my account, my wife’s and my son’s and was thankful I wasted no money on this flawed product. Collaborative trees are OK for some, if you don’t mind leftist driven agendas to dictate your family history and even your DNA.

Sharon Doubell has a problem:
One can only post sources she approves of. She should stick with her fictional South African profiles.

Geni.com more a social network than a genealogical site.
https://www.geni.com/discussions/190089

Is allowed to have a GENI site. Doesn’t believe Jesus existed and is an educational worker in Russia. VladimirMozhenkov@yahoo.com
“I identify as genderqueer and would describe myself as a genderfluid individual”
https://www.geni.com/people/Volodya-Mozhenkov/6000000026615887608

The point is. Don’t waste your time or money on this social network “genealogy” site. I sure won’t.

UPDATE!!!
Just received a response from GM Mike Stangel who was upset over a parody image of him. He claimed it violated some law in California. I took it down.

The Haunting of Sensabaugh Tunnel

Do you have a ghost story, true crime story, or tall tale you’d like us to research? We’re always seeking new topics, so send us a message through the Contact Us Page.

A Cold Case in Nickelsville